Kings Mountain: The Defeat Of The Loyalists October 7, 1780 (Paperback) 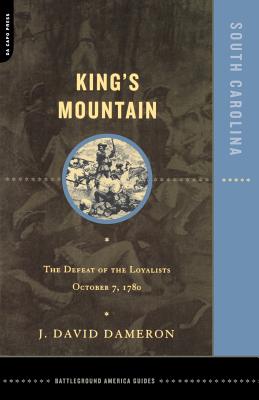 In the summer of 1780, while British troops roamed the southern countryside striking fear into the hearts of rebels, a hardy group of "over-the-mountain men" from Tennessee vowed to defend their families and farms. At Kings Mountain, in northwest South Carolina, this small volunteer contingent of frontiersmen met the British in early October. The American victory there forced the British to retreat and turned the tide in the American Revolution's southern campaign.

J. David Dameron served in the 82nd Airborne Division and the 7th Special Forces Group. He is currently a research specialist at the U.S. Army Infantry School, Fort Benning, Georgia.