What Computers Still Can't Do: A Critique of Artificial Reason (Paperback) 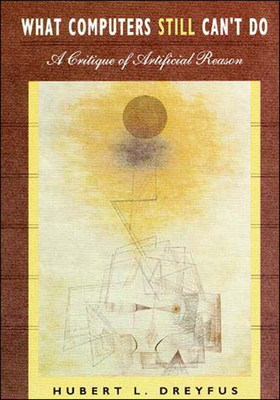 By Hubert L. Dreyfus
UNAVAILABLE AT THIS TIME (Possible reasons: Backordered, Out-of-Stock Indefinitely, or Print-on-Demand only)
OUT OF PRINT

When it was first published in 1972, Hubert Dreyfus's manifesto on the inherent inability of disembodied machines to mimic higher mental functions caused an uproar in the artificial intelligence community. The world has changed since then. Today it is clear that good old-fashioned AI, based on the idea of using symbolic representations to produce general intelligence, is in decline (although several believers still pursue its pot of gold), and the focus of the Al community has shifted to more complex models of the mind. It has also become more common for AI researchers to seek out and study philosophy. For this edition of his now classic book, Dreyfus has added a lengthy new introduction outlining these changes and assessing the paradigms of connectionism and neural networks that have transformed the field.

At a time when researchers were proposing grand plans for general problem solvers and automatic translation machines, Dreyfus predicted that they would fail because their conception of mental functioning was naive, and he suggested that they would do well to acquaint themselves with modern philosophical approaches to human beings. What Computers Can't Do was widely attacked but quietly studied. Dreyfus's arguments are still provocative and focus our attention once again on what it is that makes human beings unique.