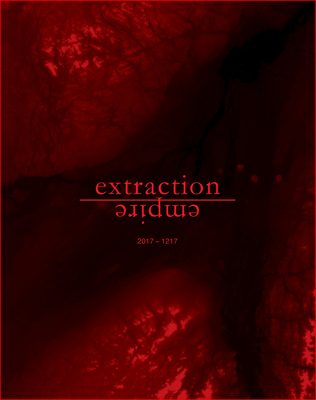 How Canada became an empire in its own right and how Canadian life came to be mediated through mineral extraction.

Extraction is the process and practice that defines Canada, at home and abroad. Of the nearly 20,000 mining projects in the world from Africa to Latin America, more than half are Canadian operated. Not only does the mining economy employ close to 400,000 people in Canada, it contributed $57 billion CAD to Canada's GDP in 2014 alone. Globally, more than 75 percent of the world's mining firms are based in Canada. The scale of these statistics naturally extends the logic of Canada's historical legacy as state, nation, and now as global resource empire. Canada, once a far-flung northern outpost of the British Empire, has become an empire in its own right.

This book examines both the historic and contemporary Canadian culture of extraction, with essays, interviews, archival material, and multimedia visualizations. The essayists and interviewees--who include such prominent figures as Naomi Klein and Michael Ignatieff--come from a range of fields, including geography, art, literature, architecture, science, environment, and business. All consider how Canadian life came to be mediated through mineral extraction. When did this empire emerge? How far does it reach? Who gains, who loses? What alternatives exist? On the 150th anniversary of the creation of Canada by Queen Victoria's Declaration of Confederation, it is time for Canada to reexamine and reimagine its imperial role throughout the world, from coast to coast, from one continent to another.