The Case for Islamo-Christian Civilization (Paperback) 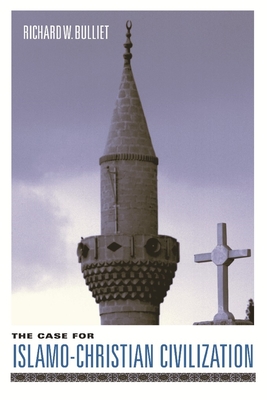 Conventional wisdom maintains that the differences between Islam and Christianity are irreconcilable. Pre-eminent Middle East scholar Richard W. Bulliet disagrees, and in this fresh, provocative book he looks beneath the rhetoric of hatred and misunderstanding to challenge prevailing--and misleading--views of Islamic history and a "clash of civilizations." These sibling societies begin at the same time, go through the same developmental stages, and confront the same internal challenges. Yet as Christianity grows rich and powerful and less central to everyday life, Islam finds success around the globe but falls behind in wealth and power. Modernization in the nineteenth century brings in secular forces that marginalize religion in political and public life. In the Christian world, this simply furthers a process that had already begun. In the Middle East this gives rise to the tyrannical governments that continue to dominate. Bulliet argues that beginning in the 1950s American policymakers misread the Muslim world and, instead of focusing on the growing discontent against the unpopular governments, saw only a forum for liberal, democratic reforms within those governments. By fostering slogans like "clash of civilizations" and "what went wrong," Americans to this day continue to misread the Muslim world and to miss the opportunity to focus on common ground for building lasting peace. This book offers a fresh perspective on U.S.-Muslim relations and provides the intellectual groundwork upon which to help build a peaceful and democratic future in the Muslim world.

Richard W. Bulliet is professor of history at Columbia University. A former director of the Middle East Institute and executive secretary of the Middle East Studies Association, he is the author of Islam: The View from the Edge, The Camel and The Wheel, and editor of The Columbia History of the Twentieth Century. He lives in New York City.