The Absent One: A Department Q Novel (Paperback) 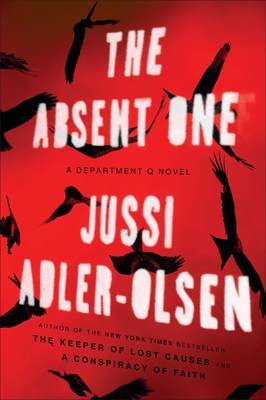 This is book number 2 in the A Department Q Novel series.

Copenhagen’s Detective Carl Mørck is back and ready for action in the second Department Q novel from the “new ‘it’ boy of Nordic Noir” (The Times, London).

Carl Mørck has settled into Department Q and is ready to take on another cold case. This time, it’s the brutal double-murder of a brother and sister two decades earlier. One of the suspects confessed and is serving time, but it’s clear to Mørck that all is not what it seems. Kimmie, a homeless woman with secrets involving certain powerful individuals, could hold the key—if Mørck can track her down before they do...

Praise for The Absent One

“Adler-Olsen's humor and his portrayal of Kimmie's sad life make The Absent One stand out among today's flood of Nordic mysteries.”—Kirkus Reviews

“The Copenhagen-set sequel to The Keeper of Lost Causes is quirky and wry.”—The Sacramento Bee

“[A] sordid tale… inspired by actual events during a dark period of Danish history. Ah, but there is more, so much more in this frenzied thriller.”—The New York Times Book Review