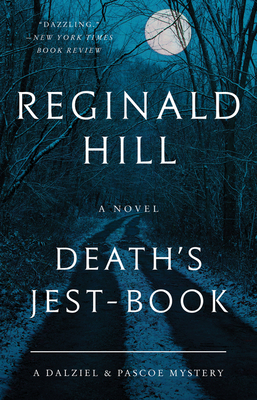 This is book number 20 in the Dalziel and Pascoe series.

Three times Yorkshire policeman Peter Pascoe has wrongly accused ex-con Franny Roote of a crime, only to have Roote walk free. Now Roote is sending out strange and threatening letters and Pascoe fears there is worse to come. This time he’s determined to get his man.

Meanwhile, Pascoe’s colleague Edgar Wield rides to the rescue of a boy in danger and in return, the boy tips him off about the heist of a priceless treasure. Soon Wield is torn between protecting the lad and doing his duty.

Over all this activity broods the huge form of Detective Superintendent Andy Dalziel. As trouble builds, Dalziel discovers that omniscience can be more trouble than it’s worth.

“Ever the master of form and sorcerer of style.” — New York Times Book Review

“One of the finest crime writers of this era.” — Booklist

“Carefully weaving plots and subplots, Mr. Hill has created another puzzle filled with realistic characters and a sly sense of humor that moves the story along nimbly.” — Dallas Morning News

“This is a book with an underlying tone of menace throughout....enriched by irony and imagery, a brilliant bit of writing.” — San Jose Mercury News