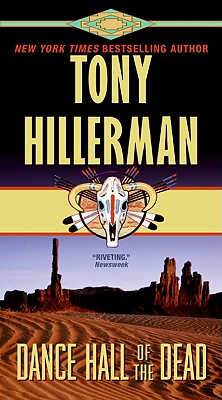 By Tony Hillerman
$9.99
UNAVAILABLE-Possible Reasons: Backordered, Out-of-Stock, or Out-of-Print (But email us to search for a copy.)

This is book number 2 in the A Leaphorn and Chee Novel series.

Two Native American boys have vanished into thin air, leaving a pool of blood behind them. Lieutenant Joe Leaphorn of the Navajo Tribal Police has no choice but to suspect the very worst, since the blood that stains the parched New Mexico ground once flowed through the veins of one of the missing, a young Zuñi. But his investigation into a terrible crime is being complicated by an important archaeological dig . . . and a steel hypodermic needle. And the unique laws and sacred religious rites of the Zuñi people are throwing impassable roadblocks in Leaphorn’s already twisted path, enabling a craven murderer to elude justice or, worse still, kill again.