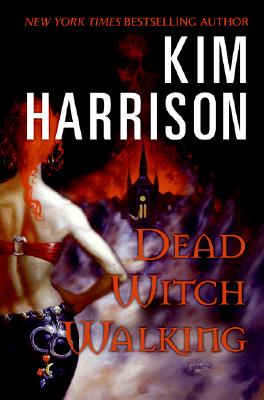 This is book number 1 in the Hollows series.

All the creatures of the night gather in "the Hollows" of Cincinnati, to hide, to prowl, to party . . . and to feed.

Vampires rule the darkness in a predator-eat-predator world rife with dangers beyond imagining—and it's Rachel Morgan's job to keep that world civilized.

A bounty hunter and a witch with serious sex appeal and an attitude, she'll bring 'em back alive, dead . . . or undead.

“Fast-paced and loads of fun—the perfect read when you just want to get away from things for a bit.”
— Fantasy & Science Fiction

“Blends the best qualities of Anita Blake and Stephanie Plum… Kim Harrison carries it off with style.”
— Jim Butcher

“A wonderfully fun romp through the supernatural world, a spellbinding blend of sharp wit and vivid imagination.”
— Kelley Armstrong